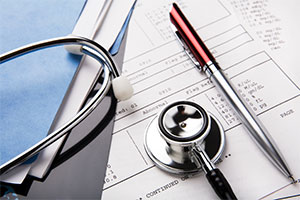 A new multiple procedure payment reduction (MPPR) policy aimed specifically at outpatient therapy services will reduce payment 7%-9% above the approximately 30% across the board reduction contained in the final rule. Also, payment for outpatient therapy services will be limited to $1,870 in 2011 for physical therapy and speech-language pathology services combined, further restricting beneficiaries’ access to vital rehabilitation services for stroke, hip replacements, and chronic conditions.

“The situation for Medicare beneficiaries is getting progressively worse with these short-sighted policies that attempt to control costs without regard to the complex needs of this population,” said APTA President R. Scott Ward, PT, PhD. “It is time to move away from policies that arbitrarily cut or limit services and move toward policies that ensure optimal function and recovery for each senior. The MPPR policy is ill-conceived and flawed. Such policies run counter to the Administration’s stated goals and undercut its motives for health care reform.”

On January 1, 2011, physical therapists in certain states could expect to see overall payment reductions of nearly 40%. APTA believes this could lead to some physical therapists closing their practices, which would further decrease access to care – especially for beneficiaries in rural areas. APTA is extremely disappointed with this unjustified payment cut and questions the Administration’s desire to cut costs in any form possible without regard for patients’ well being and the providers who serve the nation’s seniors and individuals with disabilities. As such, APTA will aggressively explore all legal, regulatory, and legislative options to negate the MPPR policy.