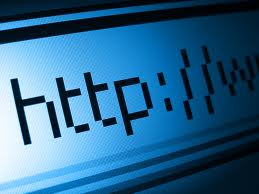 NFL draft week is upon us, and so is the conclusion of the ever increasing hype of the NFL draft.  For those in the DC area, its a reminder of the one thing that the Washington Redskins are good at:  creating excitement in the offseason but not during the season!   With the draft rapidly approaching and the supposed franchise savior soon to be crowned, its time for this week’s reads.  A dose of concussions, degenerative meniscal tears, and a side of brain/pain science.

1) It’s all but official, RG III will soon officially be  a Washington Redskin.  Check out what he had to say on this great DC sports blog.  Don’t worry, he will be wearing number 10.  Lets just hope he doesn’t stink.

2) Academics and Division I sports don’t exactly mix.  SEC football continues to be king of the Division I football landscape.  Not without a great cost to academic departments.    Down the road in College Park, similar issues are being raised with the recent cuts of several team sports.  Check out these disturbing numbers!

3) Great overview of concussions, rehabilitation and return to play.  This topic will only continue to explode, particularly with the national media coverage now in professional sports.  This is an issue that has to scare owners of ALL professional teams.

4) A recent study compares the effectiveness of exercise vs surgery in degenerative meniscus tears.  This means the mostly active middle-aged patient with knee pain and impaired function.  In my opinion, some of these patients might not need surgery with a sound physical therapy evaluation, manual therapy and functional exercise training.

5) Wouldn’t be a post without something related to the brain and pain science!!