A Brief Introduction To Yoga 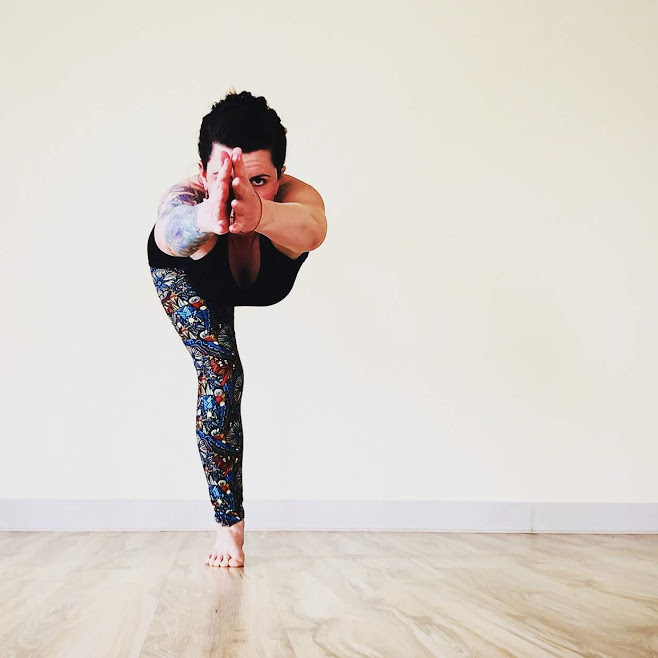 “I would do yoga, but I’m not flexible enough”, is something I very often hear. Yoga doesn’t require you to be flexible physically, however, depending on the type of yoga one practices, flexibility may become a by-product of one’s actions. Additionally, YOGA IS FOR EVERY BODY TYPE. It’s true! From the young to the old, the weak to the strong, the mobile to the not-so-mobile, there is some aspect of it for everyone. There are props that can be used and modifications that can be made for almost every physical posture. Let’s explore the varied paths of Yoga a bit more in depth, perhaps you’ll see that it is suited to you after all, or maybe that you’re even already doing some of its practices without knowing it.

The word Yoga comes from the Sanskrit word, “yuj”, meaning to yoke/unite/join. It is called as such because at its heart, Yoga is a practice aimed at uniting the body, spirit, and mind. Yoga has been practiced for many thousands of years, and in that time, it has branched into many limbs or schools of thought each emphasizing an aspect of Yoga that the branching group deemed the most high (much like Christianity and Buddhism branched into their various forms). There is Bhakti Yoga with its emphasis on devotion and prayer; Karma Yoga which values selfless service and action; Jnana Yoga which focuses on the will, intellect, and self-study to achieve liberation from maya (illusion); Raja Yoga (also known as Ashtanga Yoga) which aims at turning our mental and physical energy into spiritual energy through the Eight Limbs outlined in Patanjali’s Yoga Sutras; and finally Hatha Yoga. Hatha is similar to Raja Yoga in some ways,  using asanas (postures) and pranayama (yogic breath), however it is usually a bit slower and more deliberate. In the west, Hatha has become a kind of blanket term for the many different styles of yoga that have cropped up across yoga studios over the past century. Let’s take a closer look at the different limbs individually:

Bhakti Yoga is the path of Divine Love. It’s root word bhaj, means “belong to, share, devotion to, worship” etc. Therefore it is the practice of coming into union with one’s own personal God through constant devotion. Devotion takes many forms including prayer, mantra recitation, kirtan, surrender, asking one’s personal God for guidance, offering one’s actions/food/results to the personal God, and more.

“You have the right to work, but never to the fruit of work. You should never engage in action for the sake of reward, nor should you long for inaction. Perform your work in this world, Arjuna, as a man established within himself - without selfish attachments, and alike in success and defeat. For yoga is perfect evenness of mind” -

In other words: do all the things, be an active part of this world, but do not have attachments to the fruit (good or bad) of your labor. The outcome does not belong to you, because you are doing it for a Higher Power or the greater good. You do what you do because it is the RIGHT thing to do. The moment we become wrapped up in the goal, or care how fondly people will think of us, or think only of what we stand to gain by being of service, we have completely missed the point of Karma Yoga. In addition to giving up attachments to results, Karma Yoga also asks us to do our duty (or dharma, purpose) and do it well. 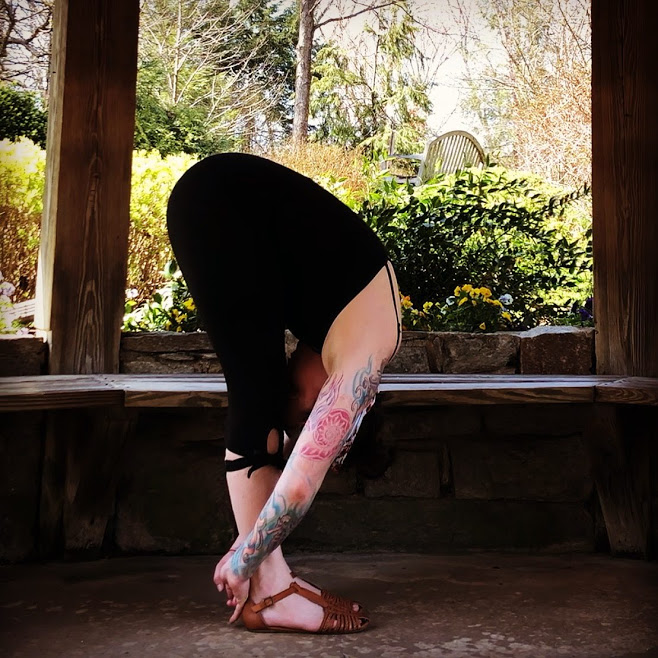 Jnana Yoga is considered by many to be the most challenging path as it requires incredible strength of will and intellect. A Jnana Yogi uses their mind to examine their own true nature and then transcend all identifications the mind has with the ego. The ultimate goal is to be released from the shackles of maya (illusion), and merge the Atman (inner Self) with Brahman (Truth, oneness of all life). One achieves liberation on the path of Jnana Yoga by practicing the self-reflective techniques outlined in The Four Pillars of Knowledge. Briefly, these are:

The path of Jnana Yoga is not for the faint at heart, it is not suggested for those who have a history of mental or emotional instability. Before diving too deeply into Jnana Yoga, many highly suggest finding a qualified teacher to help lead you down this path.

Raja Yoga, known as the ‘Royal Path’ and referred to by many as ‘classical yoga’ was interpreted by the Sage Patanjali in the Yoga Sutras over 1,800 years ago. It aims to bring unity to the mind/body/spirit by turning the gross energies of the physical and mental planes into energy on the spiritual plane. Though it uses Patanjali’s Eight Limbs of Yoga, it is generally more concerned with the last 4 limbs (Pratyahara - withdrawal of senses , Dharana - concentration, Dhyana - meditation, and Samadhi - absorption). Though there are similarities to Raja Yoga and Hatha Yoga (indeed, they can be practiced together), Raja Yoga’s focus is consciousness, going within oneself, and meditation leading to the melting into Oneness or Truth.

Hatha Yoga is the physical path. It is what most people in the west are talking about when they say ‘I went to yoga today’. The word Hatha is made up of two root words: ‘ha’ or sun, and ‘tha’ or moon. Thus Hatha Yoga is the practice of attempting to balance the Yang qualities (hot, bright, dry, active, male, restless, penetrating) and the Yin qualities (cold, dark, damp, passive, receptive, female) within us all. It is the bringing together of opposites, which in the physical body means gaining strength and putting forth effort whilst also having flexibility and surrendering into asanas (postures).

Hatha Yoga primarily utilizes the practices of asana, pranayama (yogic breath), mudras (hand gestures), bandhas (body locks), and traditionally, shatkarma (internal cleansing). The goal being to awaken kundalini (subtle energy coiled like a snake at the bottom of the spine), purify the physical body, and to ripen prana (life force energy, similar to the Chinese idea of qi). The oldest known text describing Hatha Yoga is the Hatha Yoga Pradipika, written in the 15th century CE by  Swami Swatamarama. It is a mix of his own personal experiences, information from older texts, and the teachings of other respected teachers. In the Pradipika, Swami Swatamarama explains that Hatha Yoga is the preliminary step to reaching Raja Yoga, and thus samadhi (bliss).

As you can see, Yoga is bigger, deeper, and much more multifaceted than simply stretching your hamstrings or touching your toes. It is, at its heart, a spiritual practice aimed at union between body, soul, mind, breath, and The Big Picture (whatever that may mean to you). It should be noted that Yoga does not require you to believe in any religion in order to participate in it or reap its benefits. It has ideas that many will find compatible to their own personal beliefs in god or the universe. You can use Yoga and its philosophies to become a better whatever you already are, and perhaps find a calmer mind and more flexible body along the way. 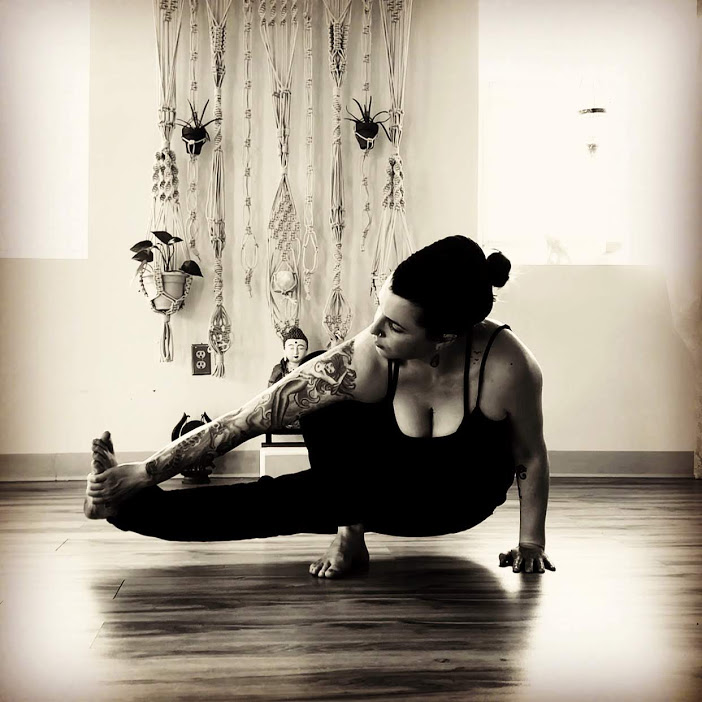